Bringing the Autistic Community of Havering Together

The place to discuss the media you are interested in: film, TV, video games, books, etc...
Post Reply
2 posts • Page 1 of 1

What anime is everyone watching right now? Last night I finally finished watching Season 2 of Aggretsuko, which was just as good as Season 1 I think. Never expected a show from the makers of Hello Kitty to be so adult and relatable xD

I'm also currently enjoying the latest season of Attack on Titan, which you should really take a look at if you want to know what's going on with Eren's basement. All has finally been revealed, and I'm really enjoying seeing those chapters from the manga translated to the big screen!

Shouldn't need to say this, but make sure to use spoiler tags if needed. Don't ruin shows for other people

Here to help every Tuesday, Thursday and Friday. Just drop me an email or call the Hub and I'll see what I can do

Re: The Anime Corner

Soooo, I haven't really updated on what I'm watching right now, and think some of you might love it!

First show I've been watching is Vinland Saga. It's an anime all about Vikings, and it is awesome!!! The character literally look like they've stepped straight out of a history book, I'm seriously loving these character designs ^_^ The action isn't always realistic, but then again heroes in the actual Norse sagas pulled off some pretty crazy stuff. I mean just look at Beowulf (yeah technically old English, but still).

The other show I've been loving is at the opposite end of the violence spectrum, with the character literally fainting at the sight of blood. It's called Ascendance of a Bookworm, and it's basically about a librarian who dies and is reborn in a fantasy world. She loves books, but being a commoner she can't afford them. So, in the body of a five-year-old, she starts re-inventing everything she needs from our world to make her own books! It's actually really fun to watch, and the main character is frankly adorable. 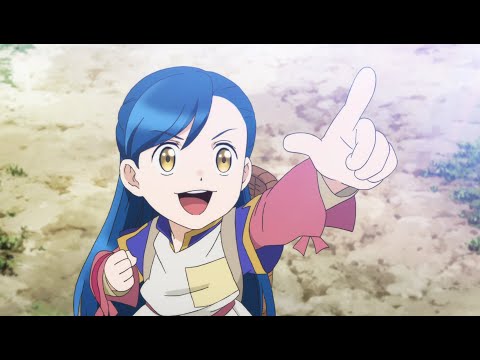 Here to help every Tuesday, Thursday and Friday. Just drop me an email or call the Hub and I'll see what I can do

Return to “Entertainment and Culture”